¶What did they do to the small caption font?

Noticed something weird while doing some debugging in Windows 8 Consumer Preview: 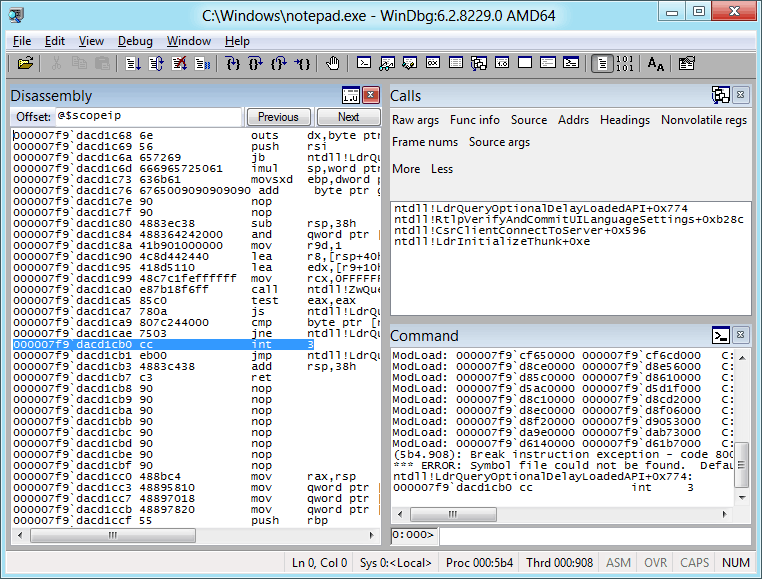 Apparently the small caption font entry in the non-client metrics has been tweaked in Windows 8 CP to use the same font size as for main caption bars, which is a bit out of proportion for where it is intended to be used. Here you can see the problem it causes in WinDbg, where all of the dockable windows now have huge caption bars. Even better yet, the old dialog that used to allow the non-client metrics to be adjusted -- somewhat hidden in Windows 7 under the Window Color link in Personalization -- seems to have been removed, so this can't be fixed easily. I hope this is fixed for RTM, because otherwise it kinda sucks to be punished for trying to do the right thing by using system UI parameters.